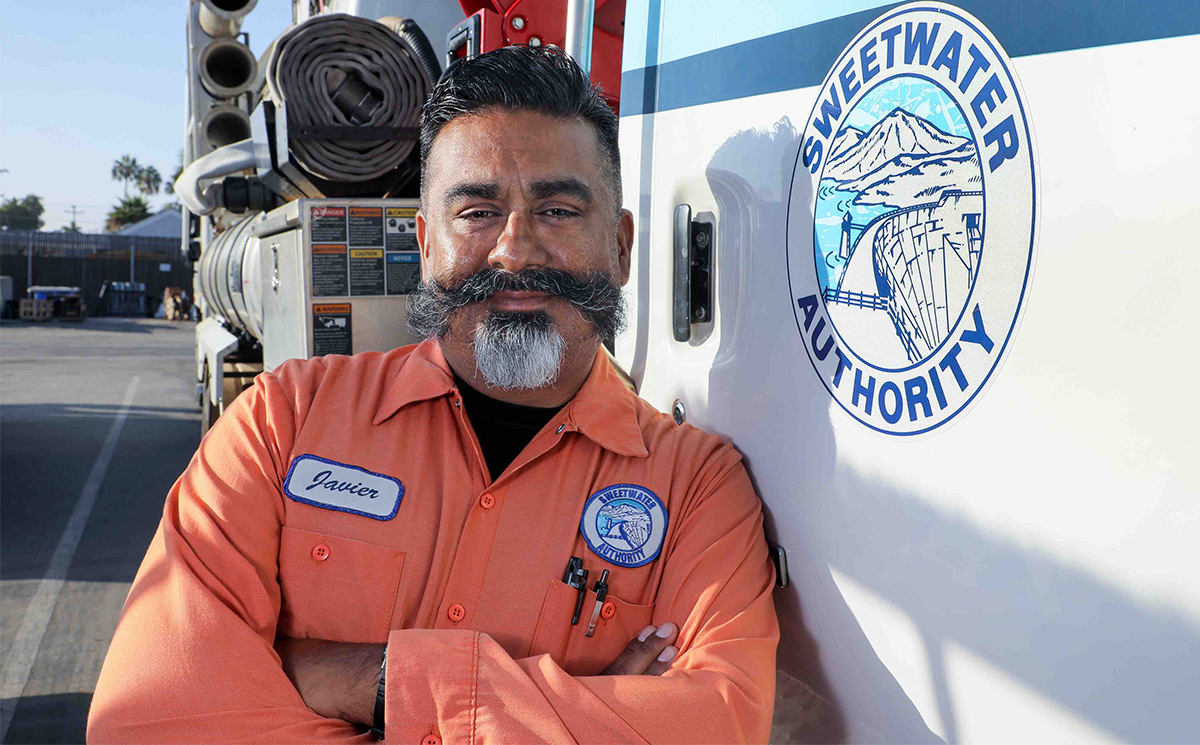 The Sweetwater Authority has contracted for an innovative hydroelectric generation project that generates electric power by turning the energy of water, flowing under pressure, into electricity.

Working of the system

The system uses the weight of water flowing downhill to the treatment plant through pipes owned by the San Diego County Water Authority.  The pressure built up by the heavy flow needs to be released before it can safely enter the plant’s treatment processes.

Beforehand, the pressure was reduced through a series of pressure-reducing devices prior to the water entering the Perdue plant.  The newly completed hydroelectric station now directs the high-pressure water to either (or both) hydro-turbines that reduce the pressure of the water while generators convert the mechanical energy into electricity.

Since no fossil fuels are needed, hydroelectric generation is a renewable and sustainable source of power.