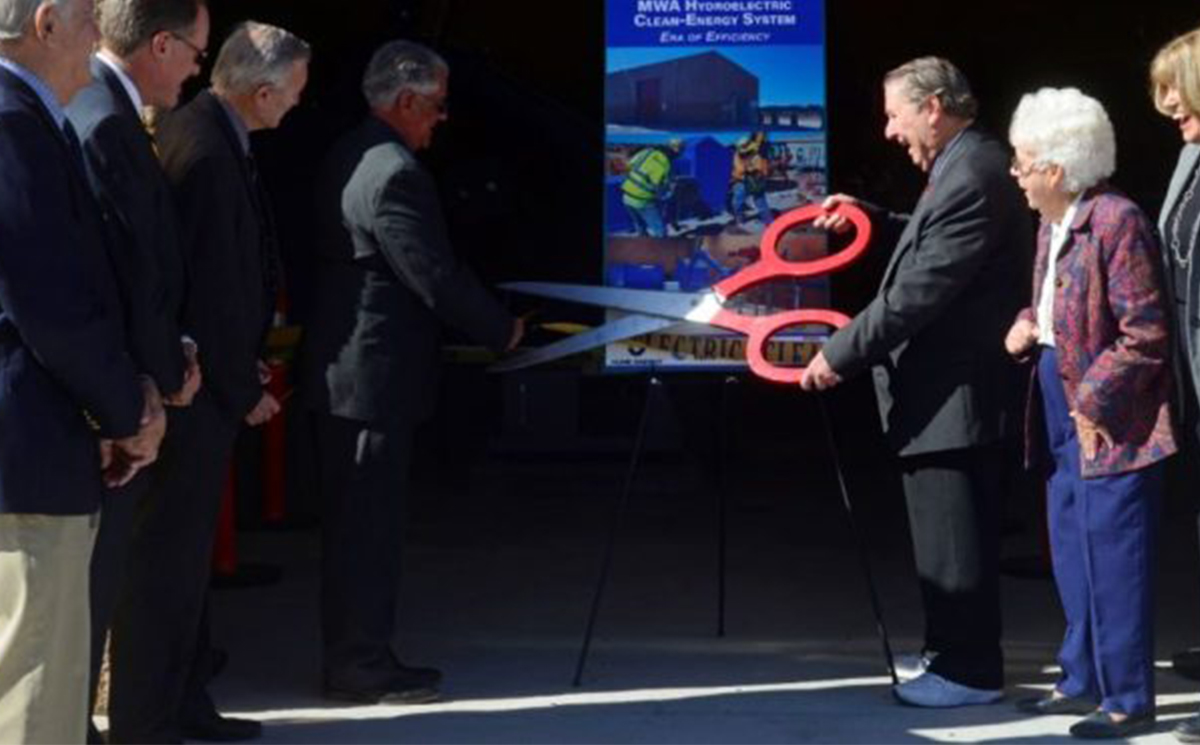 Project partner of Nline Energy Inc., Mojave Water Agency (MWA), celebrates their newly completed hydroelectric system with a ribbon-cutting ceremony at its Operations Facility. MWA Board President Carl Coleman lauded the project’s success and pointed to it as a prime example of the Agency’s role as a steward of the environment.

After years of planning, this hydroelectric project is designed to take advantage of water being delivered from the California Aqueduct to the groundwater basin in the Victor Valley area by converting existing pressure into electrical energy.

The central component of the project is an 820-kilowatt, hydroelectric turbine generator. Using the existing pressure and available flow within the pipeline, the hydroelectric turbine controls the flow of water while producing electricity and offsetting MWA operating costs. Additionally, the project will offset 4,540 metric tons of carbon dioxide that would have normally been supplied by non-renewable electricity, which is equivalent to greenhouse gas emissions from 972 passenger vehicles.